In this article we aim to explain the visible physical changes that normally occur in the stump. We will look at both the short term period after amputation and the changes that can be expected to occur after long term artificial limb use.

To understand what’s happening to the stump, it is important to know a little about the underlying anatomy of the human body. To explain this properly we will be introducing some medical terms in this article. As below knee and above knee amputations are the most common, we will mostly refer to these levels. Other levels of amputation experience similar processes but can vary in intensity.

In this article we use the term “segment” which means a part of the limb between two joints, for example the thigh, crus (lower leg) or foot. 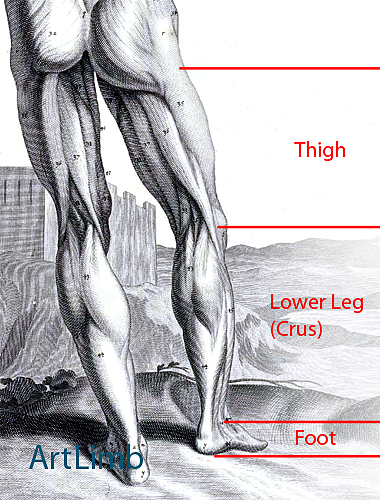 The picture above highlights three segments of the lower limb.

The structural frame of the segment is usually performed by long (tubular) bones which are the anchor points for muscles.

Tubular bones have two ends which are called epiphyses, a long body called the diaphysis and small areas between these called metaphyses. Between the metaphysis and the epiphysis, there is a thin area which is a very important structure for children as this is where the bone grows in length. 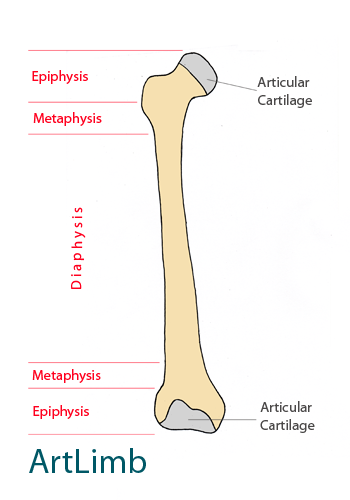 The diagram above shows the structure of a long bone highlighting the areas previously described.

In limbs, tubular bones connect to each other through joints. Muscles that are attached to adjacent bones create a mobile system that pivot around the joint.

When tensed, the muscle gets shorter and wider and move adjacent bones towards each other by bending the joint. It is important to note that as the muscles expand and contract they have the additional role of acting like a pump to help blood circulate through veins.

When walking, the joints bend and naturally train muscles maintaining the shape and condition of the segment. 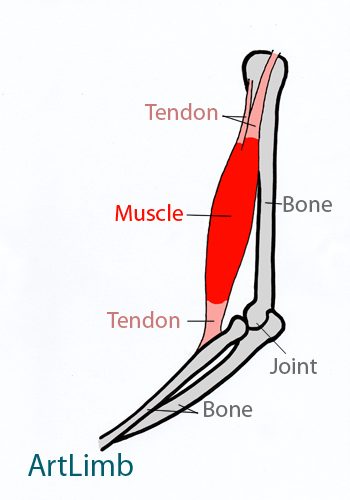 The simplified diagram above demonstrates the connections between bones and muscles. 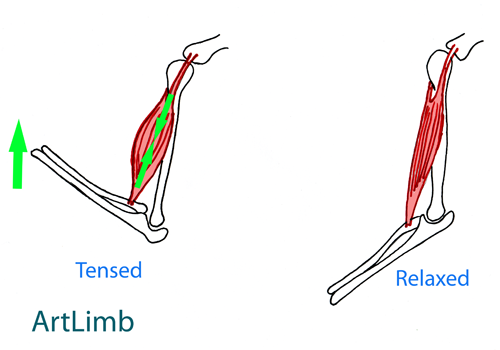 The simplified diagram above demonstrates working of muscle and bending the joint.

What amputation leads to?

Amputation is a surgical operation. For the body, it is an injury. This is why post-op, the stump gets bigger in size. This swelling is called “traumatic oedema” and is due to the body’s inflammatory response to injury. This oedema is just temporary fluid and is not the natural size of the stump. There are several methods that can be applied to decrease this “artificial” size before starting Prosthetic therapy in order to capture the appropriate socket shape. 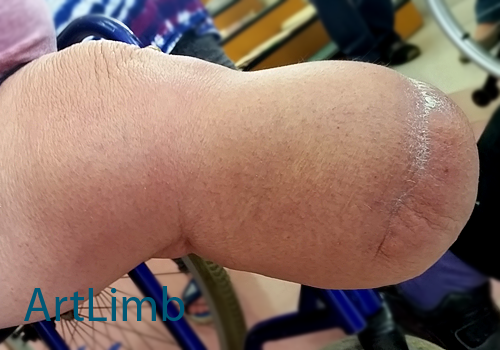 The photo above demonstrates the stump with moderate oedema several weeks after amputation. It is visible that the stump has a slightly bulbous shape at the bottom of the stump due to swelling from the surgical area.

After amputation the muscles can no longer work naturally as they have lost one attachment point. Because of this the muscles will slowly de-condition and become atrophied through disuse. This slow process starts soon after amputation but is initially hidden by swelling.

With the muscle function compromised, the muscles cannot provide their role as a pump to help with vein blood circulation in the segment. This impacts on the circularity system within the stump which is already compromised from the operation.

In addition, the distal end of the tubular bone has no normal vertical load and stimulating forces which leads to gradual bone re-absorption.

During the interim process, the stump volume will dramatically reduce as a result of two ongoing processes. These are swelling reduction and muscle atrophy.

The first process happens faster and is more visible. Mechanical loads on the stump from the prosthetic socket will reduce swelling in the soft tissue.

At the end of the interim stage we will have a stump with a relatively stable volume and cylindrical shape. This can require multiple prosthetic sockets being made to follow this process. Each person will experience this at different rates but in general this stage takes around 1-1.5 years. 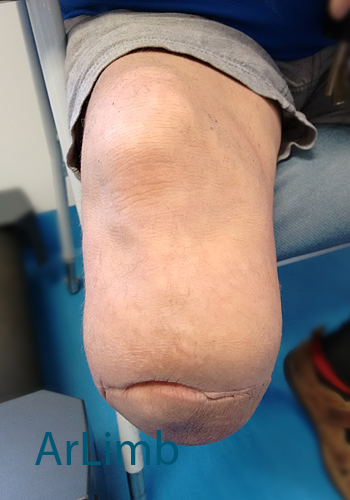 What happens to the stump in the long term?

Muscles continue to atrophy over a lifetime forming a more conically shaped stump. This is a very slow process which is observed over years/decades. Aging leads to other tissue changes such as the skin becoming more flaccid and mobile as well as bony structures becoming more prominent and fragile. 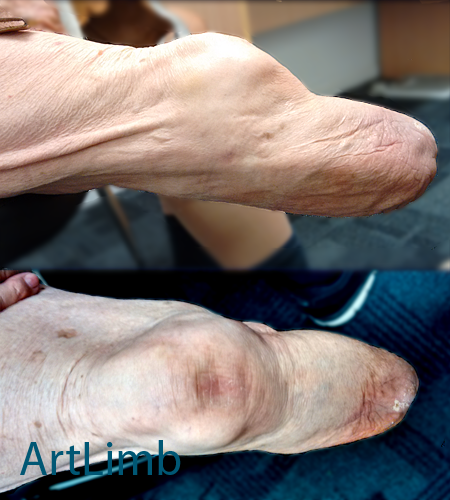 Photo above demonstrates a conically shaped trans-tibial stamp. It is visible that the muscles have atrophied and the soft tissues are flaccid and mobile. Bony prominences do not have natural soft tissue protection.

In general a childs amputation will follow the same changes as previously mentioned. The main difference with a child is that they will experience future growth.

Because in most cases the epiphysis of tubular bones contribute to general growth unequally, we would expect reduced and asymmetrical growth of the amputated limb segment. It can combine with bone overgrowth that leads to an inadequate length between two bones of one segment. 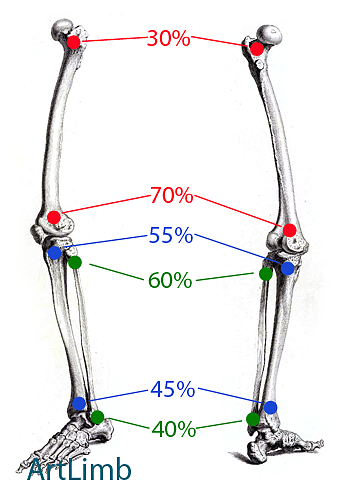 The diagram above shows the Epiphyseal contribution to longitudinal bone growth.

In case of bone overgrowth, the distal end of the amputated bone tapers and can even damage the surrounding soft tissue. For example, fibula can overtake tibia and form sensitive (painful) area of the end of the stump. 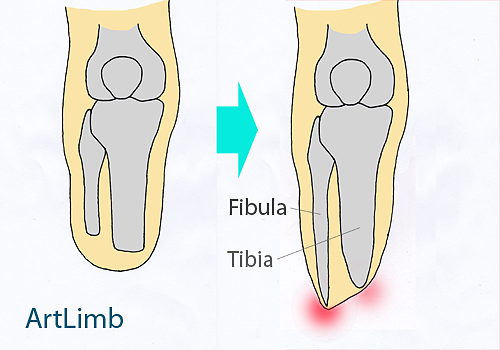 The diagram above shows the overgrowth of the below knee stump. It is visible that one bone (Fibula) has overgrown another one (Tibia). Both bones have tapered ends.

Is there a stable stump?

In general it is a rare occurrence for a stump to be absolutely stable. In addition to the slow permanent changes of the stump, it is common to experience slight fluctuations. These can be daily or seasonally observed and are most often related to changes in physical activity, diet, illness and environment.

Because these factors will naturally change as the amputee ages, constant prosthetic observation is required to prevent complications from limb use.