To finalise our series of articles on prosthetic alignment we will look at how prosthetic knee and hip units are affected by alignment. As we have done in part 1 (the basics), part 2 (socket alignment) and part 3 (prosthetic feet) we will simplify the information for familiarisation purposes only. As always, we strongly recommend that you discuss your personal situation with your prosthetist.
Before continuing with this article, we would highly recommend that you read the previous entries in this series.

Prosthetic knee units are designed to imitate the movement and functions of the natural knee. Although there are many different designs of prosthetic knees, they are all similarly affected by alignment. Because artificial knee joints can be bent in only one direction, if it is aligned properly, it will have its own stability in a straight position. 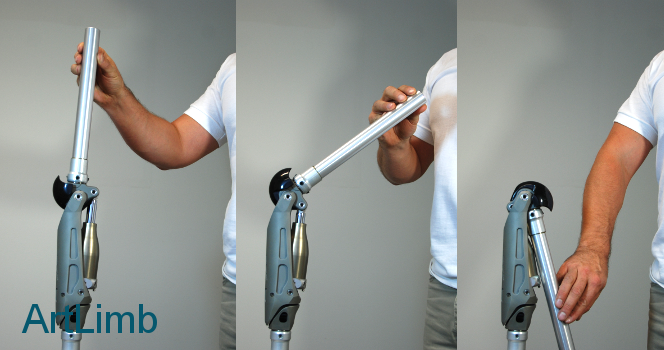 The picture above demonstrates a prosthetic knee joint bending. It is visible that the range of motion is in a single plane and that it cannot be extended past the fully straight position.
When the knee unit is viewed from the side (sagittal plane), we can get an idea of how stable it will be by overlaying the alignment line.

If this line passes too far behind the knee’s reference point, it will want to bend making it unstable and risk buckling when under load. If this line is too far in-front of the reference point, it will become overly stable and will be difficult to bend when sitting down and walking. If the alignment line is in an appropriate position, the knee will be stable in stance and require minimal effort to initiate swing. 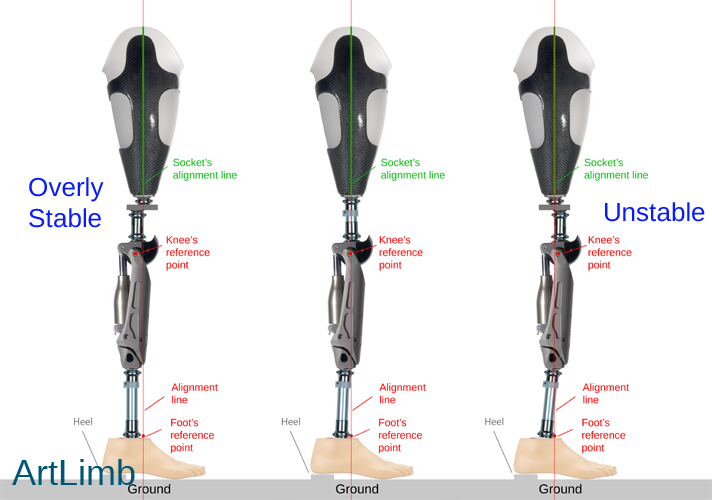 The picture above shows a side on view (sagittal plane) with three different positions of the alignment line in relation to the knee joints reference point. Please note that each model of knee has its own point in which the alignment line should pass.

The video above shows what happens when the alignment line (and load) is located in front or behind the prosthetic knee’s reference point. 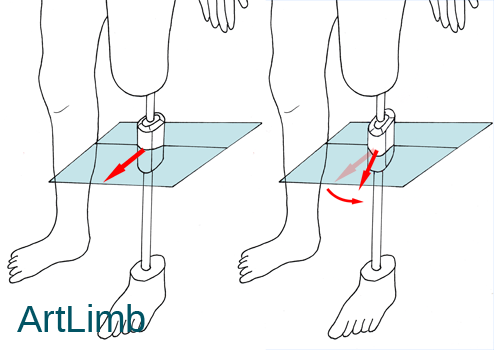 The picture above demonstrates the initial position of the knee joint and its externally rotated position.
If the knee joint is installed with too much rotation, the prosthesis will whip out to the side when the leg swings through during walking. This deviation tends to follow a C-shape curve and can lead to reduced prosthetic control. 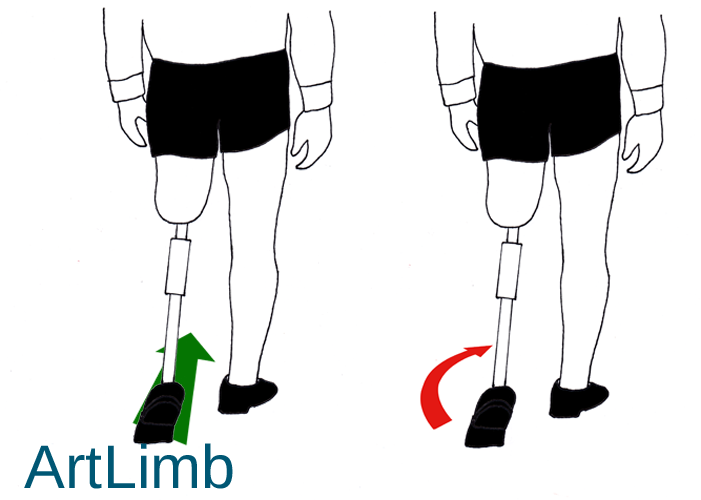 The picture above demonstrates an appropriately aligned knee and another that has been setup with too much rotation. It is visible that the prosthesis with a rotated knee has a C-shaped deviation.

In functional terms, the natural hip joint is a complex structure that can move in all three planes. In prosthetics, these movements are very difficult to replicate and control.

Unlike a person with an above knee (transfemoral) amputation, the individual with a hip disarticulation does not have any limb segments (and muscles) to help control the prosthesis. Instead they rely mostly on alignment for stability. Because of this, most common hip units are designed to provide stability during vertical loading and limited mobility during walking in a single plane.
Due to the anatomy of the pelvis, it is very difficult to locate a prosthetic hip unit in a position that closely matches the natural hip joint. In the prosthesis the hip unit is usually installed on the front surface of the socket which provides mechanical stability of the hip unit by default. 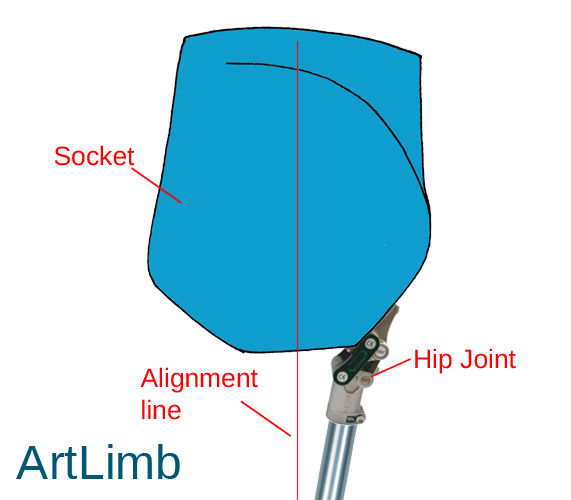 Usually the prosthetic hip will be connected to a prosthetic knee with a connecting pylon. It is important to highlight that the initial positioning of the hip as well as any changes to the length of the connecting pylon can dramatically affect the alignment and function of the knee unit. 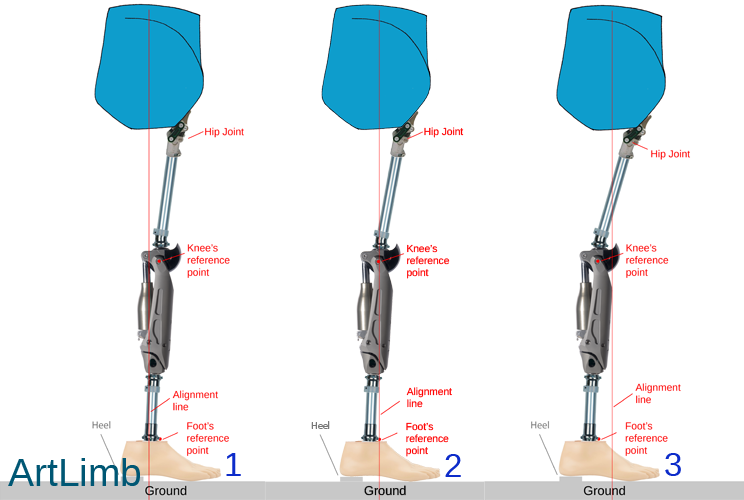 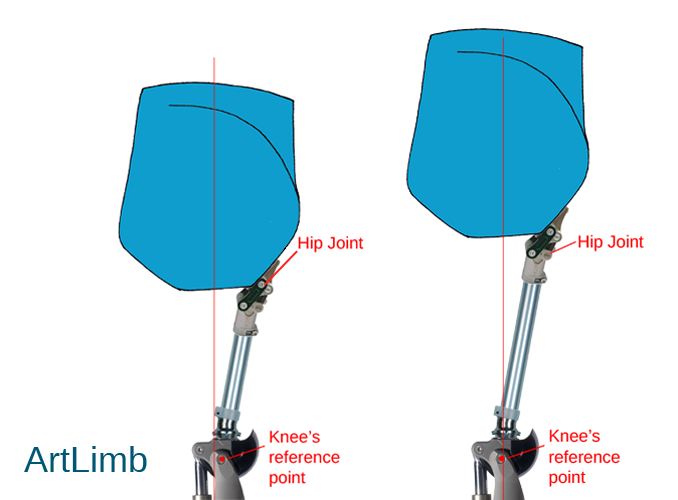 The picture above demonstrates how the length between the hip and knee unit can affect on the position and function of the knee unit.

When designing a prosthetic limb, each individual component needs to be aligned correctly so as to work effectively and in harmony with the rest of the prosthesis. Finding an optimal individual alignment is a process that starts from an initial bench alignment that is tuned over a short period of time to provide a system that works with the body to maintain balance and promote symmetrical gait with minimal energy loss.